Episode 57 of Endurance Horse Podcast is being published 23rd of July 2022.

Today on Endurance Horse Podcast I have the pleasure of chatting with lifelong endurance rider, Cameron Holzer. Cameron has been involved with horses and endurance from a very young age. Cameron has 14,000 lifetime AERC miles and has represented the USA at the 2018 World Equestrian Games. This year Cameron and her homebred mare, CH Fancy Finesse, made it into the top 5 finish at Tevis 2022 placing 5th. Such an amazing accomplishment to have bred, raised, trained and competed on a horse that was once just a dream, and idea come to life.

Without further ado, I welcome you to episode 57 of Endurance Horse Podcast.
Listen:
https://endurancehorsepodcast.podbean.com/e/57-cameron-holzer-tevis-2022/
Posted by Endurance.Net at 3:11 PM No comments:

October 16 2022
By ALEX BRIDGES For The Winchester Star

The Shenandoah County Emergency Communications Center received a call at 10:21 a.m. for a report of three horseback riders who went over a rockface off of a main trail, Jeremy See, assistant fire chief with the Fort Valley Volunteer Fire Department, said by phone Friday afternoon. See said he didn’t have information as to why the horses and riders went off the trail.

The riders were participating with others in an endurance ride on a trail in the Fort Valley area, See said.

Initial reports indicated that one patient was in an altered state of consciousness and two people needed to be evaluated, See said. A crew from the Fort Valley Volunteer Fire Department arrived at the trailhead seven minutes after receiving the report, See said...

2022 October's Horses in the Morning Podcast

We cover winterizing your horse trailer, learn about ICE (In Case of Emergency) tags and 2022 Haggin Cup winner Christoph Schork joins us. Some of the top tier of riders came to contest the Championships, from as far away as California, Texas, and Canada.

This is by no means all, but here are just a *few* highlights from the weekend. Without these guys, there would be no ride. L-R the generous owners of the land we Ridecamp on, ride manager Jessica Huber, her mom Merri and dad Wally 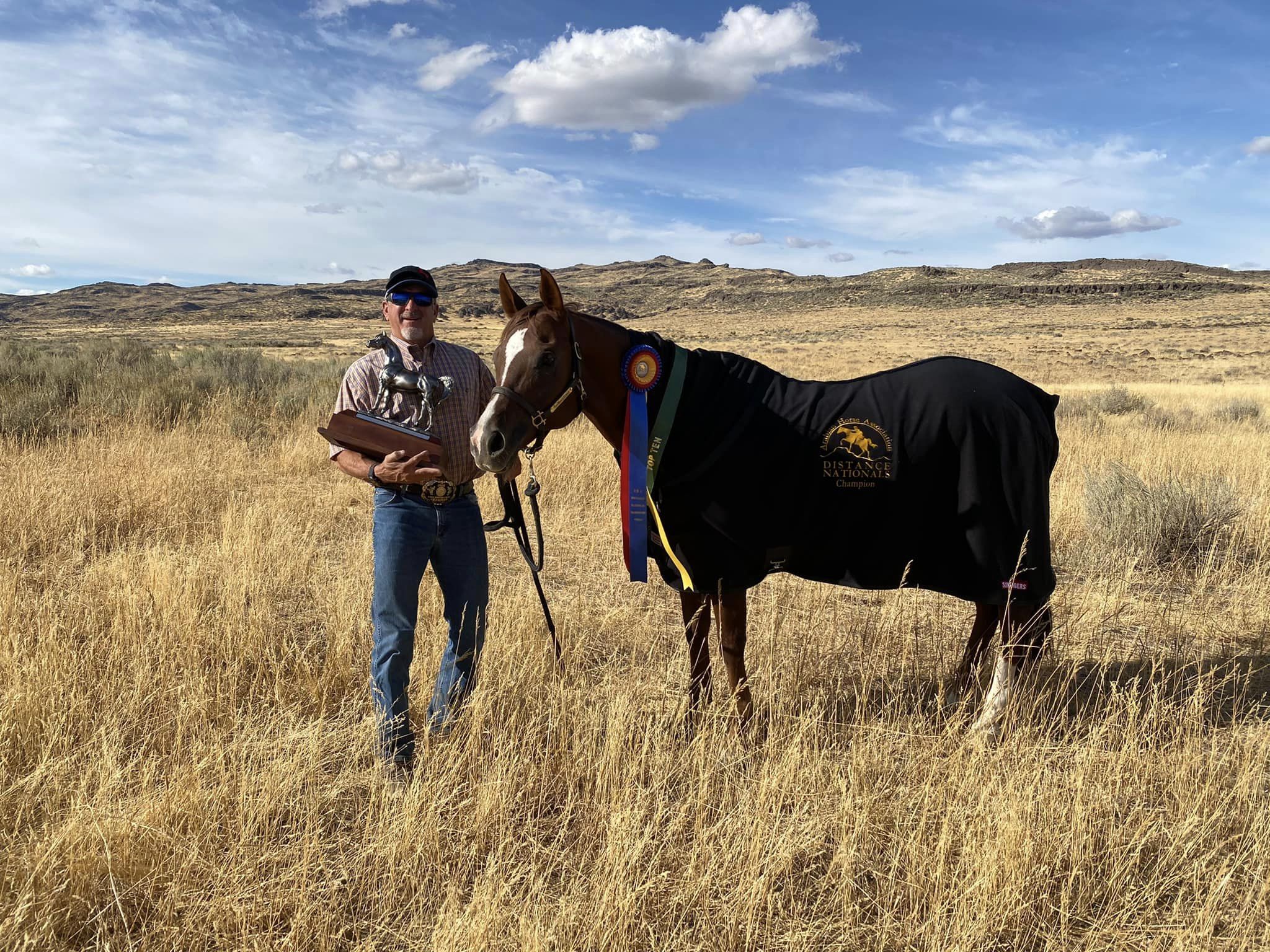 Allan purchased “Ruby”, a Western Pleasure horse in a previous life, in 2015 as a backup Endurance horse. Over 8 now seasons they’ve earned 2960 AERC Endurance miles, and with their finish in the Autumn Sun Pioneer/Distance National Championship 50, Ruby earned her Legion of Excellence title.

The pair finished in 5th place in the open 50-mile ride and 1st (Champions!) in the Half Arabian/Anglo Arabian Championship. 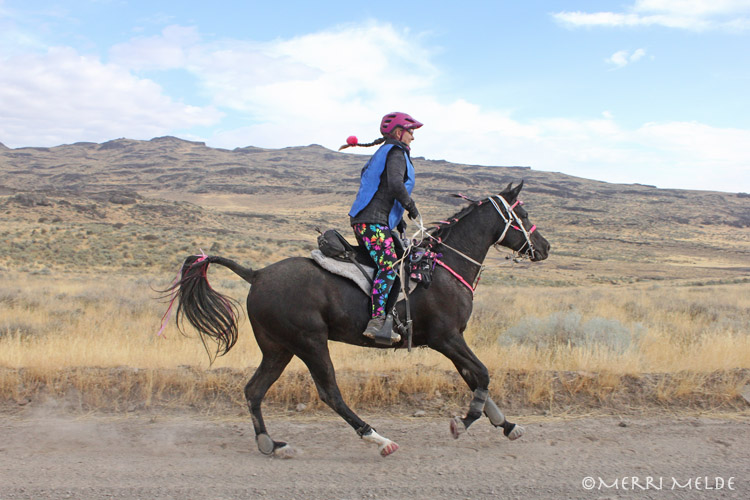 This homebred mare - out of Diane’s first Endurance horse KJ Jazzelation - is by Tar Pistol Pete +/ . It was her 8th completion out of 8 starts and her first win. A splash of color on Saturday.
Dewayne Brown frm Oregon and RF Gulastras Shadow
5th in the open CTR, 3rd in the Half Arabian CTR Championship, and Champion in the Appaloosa division! Ozzy and Christoph do it again! Winners of Sunday’s open 100 and Purebred Arabian Championship 100.

Ozzy has over 3000 Endurance miles over 6 seasons; Christoph passed 43,000 miles this weekend. It was Ozzy’s 39th win and Christoph’s Somewhere-way-over-400 wins.

Ozzy also won the Best Condition award, his 40th overall! (And don’t forget the Haggin Cup at Tevis this year!) 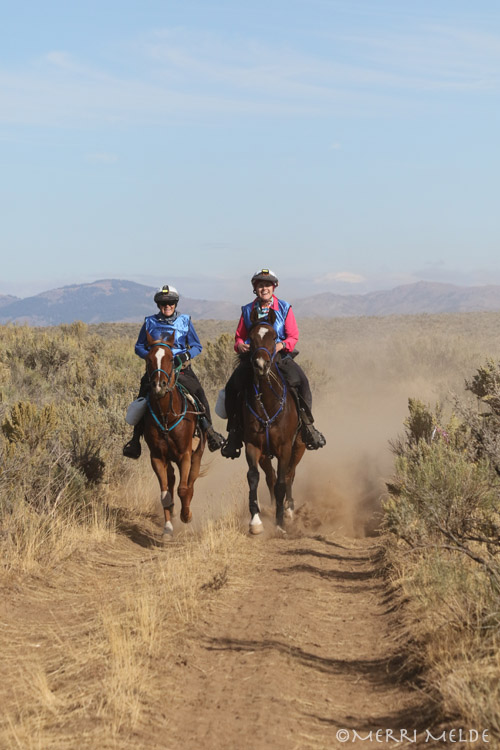 This mother-daughter team often rides together. And you can’t mention this team without mentioning husband/father Dennis Sousa. When he’s not helping his family, he’s helping everybody else at the vet checks and in Ridecamp.

Joyce and Shahs Gold Nugget, and Jennifer and Bak Jabari (“Juda”) tied for 8th in the open 100, and tied for 3rd in the Purebred Arabian division.

Dennis himself has over 21,000 miles and no telling how many rides he has crewed for his family! And, this kitten was the Biggest Winner of the weekend!
The Kitten Who Went To Heaven (On Earth)

You'll find plenty more stories and photos from the weekend at:
http://www.endurance.net/international/USA/2022DistanceHorseNationalChampionships/

Posted by Endurance.Net at 8:28 AM No comments:

Hard to believe we are in our 5th year of Endurance Horse Podcast -established in 2018.

Endurance Horse Podcast first aired in March of 2018, we have averaged 12 episodes per year and have stayed free and commercial free for our listeners and are approaching 50,000 downloads. It seems fitting that in our 5th year, we bring you 5 stories from Tevis Cup 2022.

In this episode I get to chat with top, international endurance rider, Heather Reynolds of Reynolds Racing. Heather placed 4th this year at Tevis 2022. Heather is an International competitor and part of the dynamic duo that is Reynolds Racing. Both she and her husband, Jeremy are well known in the sport and have represented the USA at the highest levels of endurance. Heather has over 25,000 AERC miles, multiple Tevis Cup wins, eight Tevis completions, as well has having won the Haggin cup in past years. Her list of accomplishments is long, though my favorite part of our conversation was hearing her talk about her horse, A Sudden Gift.

You are invited to listen in while Heather and I chat about how she got into horses, endurance and her 2022 Top 5 Tevis Cup placing.

Without further ado, I welcome you to episode 56 of Endurance Horse Podcast: https://endurancehorsepodcast.podbean.com/e/heather-reynolds-tevis-2022/
Posted by Endurance.Net at 9:01 AM No comments: 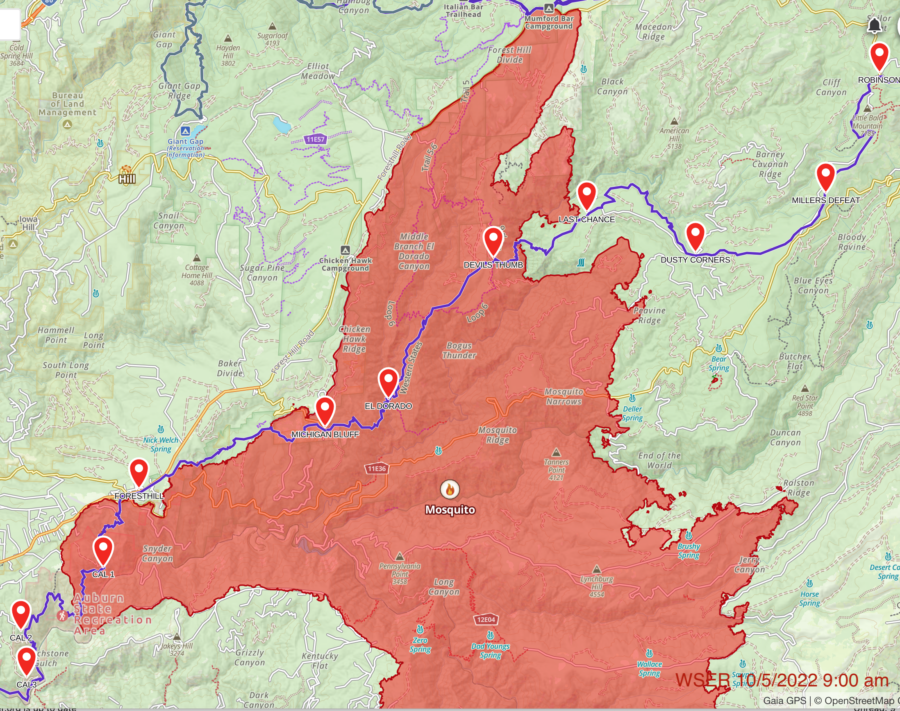 On September 6, 2022, the Mosquito fire started at Oxbow Dam. The fire quickly spread uphill towards Michigan Bluff and Foresthill. As of today the fire is 95% contained and has burned over 76,000 acres. 78 structures were destroyed, many in the Michigan Bluff area.

Regarding the Western States Trail the easternmost extent affected by the fire is near Swinging Bridge (mile ~46 on the course) and the westernmost extent affected is the Patent Road Fire Break (5.7 miles west of Foresthill, or mile ~68 on course). While this is a total of about 22 miles of trail, the trail through Volcano Canyon and Foresthill was not inside the burn perimeter, and therefore only about 16 miles of the trail were directly impacted by the fire.

With respect to post-fire restoration we will be working with three land agencies/owners: US Forest Service (USFS) from Swinging Bridge to Bath Rd, a private land owner from Foresthill to just before Cal-1, and Auburn State Recreation Area (ASRA) for the westernmost 3 miles to the Patent Road Fire Break...

2022 September's Horses in the Morning Podcast We learn all about the resurrected Moab Canyons (Utah) rides from ride manager Mickey Smith. We also meet trainer and riding coach at Harmony Ranch Heidi Helly and Karen’s Training Tip is on what to pack in crew bags. Listen in...