2022 April's Horses in the Morning Podcast

We learn all about Ride and Tie with Rufus Schneider, then Susan Kasemeyer, SE Region Director of the American Endurance Ride Conference, tells us all about the Southeast rides coming up in 2022. Plus, Karen does a training tip on the riding apps she has been using. Listen in... 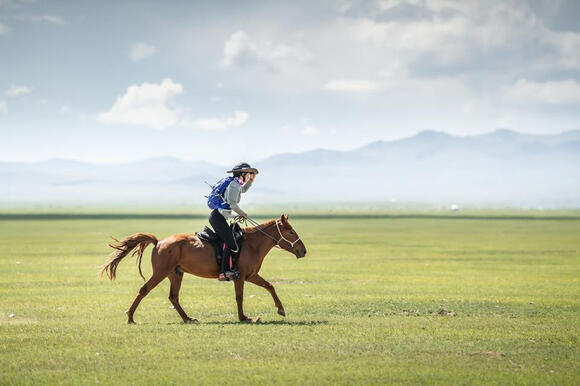 Abbi Bell will ride roughly 620 miles through the Mongolian wilderness on the backs of semi-feral horses this August as a contestant in the world’s longest horse race.

“It's raw, it's untouched and it makes you feel so small,” the Clay County resident recounted from her time riding through the Mongolian Steppe in 2019. “You’ll come around a corner, and there’ll be a herd of camels just sitting there eating grass, taking naps… You’ll be galloping and a band of wild horses will come up to you.”

Bell went to Mongolia for the first time in 2019 to participate in the 620 mile Mongol Derby. Inspired by the postal routes made by Genghis Khan, the race takes riders through the remote grasslands of Mongolia, riding semi-feral horses...

Lexington, Ky. – Since 2020, the USEF Endurance Sport Committee has worked on building an accessible, sustainable endurance program to bridge the gap between grassroots endurance rides to the FEI level. The committee has released its five-point plan known as Endurance for Tomorrow, which establishes the following five programs:

The goal of the USA Endurance program is to develop opportunities for participation at all levels of the sport, an increased number of events across zones, and collaboration with grassroots organizations and individuals. The program aims to promote a cooperative working relationship between US Equestrian and other national, regional, and breed organizations that have developed and supported American endurance riding for decades.

The proposed new National Endurance Zones consist of a northern and southern region within each of the four time zones in the continental U.S.

Zone team events will provide more accessible opportunities for endurance athletes to have team experience. These events will create more opportunities to enjoy the sport and facilitate more riders entering the pathway toward potential future U.S. Endurance Team selection. Additionally, annual Zone Qualification Championships will be a points-based program in which riders can earn points for US Equestrian year-end awards and potential long listing for team selection.

The Zone Team Challenge is proposed as a biennial event with divisions for Seniors and Young Riders/Junior Riders, at the 160 km and 120 km distances, respectively. Athletes will have the opportunity to represent their Zone on a team with three to five riders.

The newly revised USEF Endurance National Championship will welcome competitors who qualify at a Zone Qualifying Championship or completing an FEI-recognized ride at the same or greater distance.

Both of these proposed championships will also include team competition opportunities at shorter distances to promote inclusivity and grassroots participation.

A series of new achievement awards will recognize athletes and horses for their accomplishments in the preceding season and over their careers. The proposed awards include the following:

For more information on US Equestrian Endurance Programs, visit www.usef.org/compete/disciplines/endurance or contact US Equestrian Director of Endurance Susan Edwards at sedwards@usef.org.
Posted by Endurance.Net at 8:23 AM No comments: 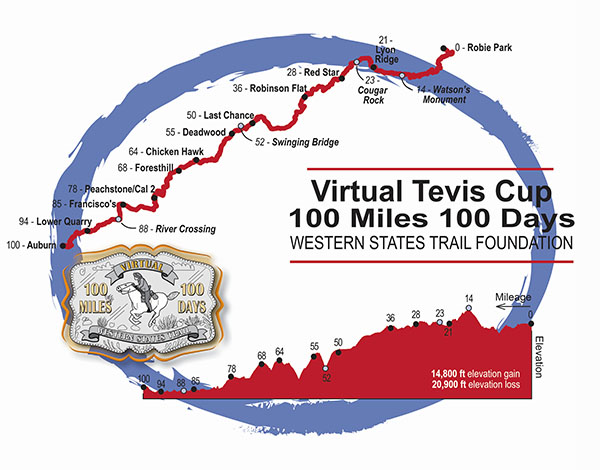 This year’s Virtual Event starts on Wednesday, April 6 – and will run for 100 days until Sunday, July 17, 2022* – as the riders of the Traditional Tevis Cup are finishing their own physical journeys under the Tevis Moon!

Once again, there will be both Riding and Non-Riding Divisions so everyone can enjoy the fun.

You can complete the 100-miles in as many smaller excursions as you choose to finish the goal. As you log your completed miles, you will receive updates of where you now are on the historic Western States Trail.

* How to submit your miles
* Our FAQs

Please note – mileage tracking should not start until the trail is “open” at 5:15 am (Pacific) on Wednesday April 6th.

And once again, as in 2021, we will be outsourcing our fulfillment and shipping for this year’s event to ensure that awards get sent out in a timely manner 🙂

To reduce the load on our volunteers, awards will be sent out in batches on a monthly basis...

Find out more at:
https://teviscup.org/virtual-tevis-cup-2022/
Posted by Endurance.Net at 9:26 AM No comments: