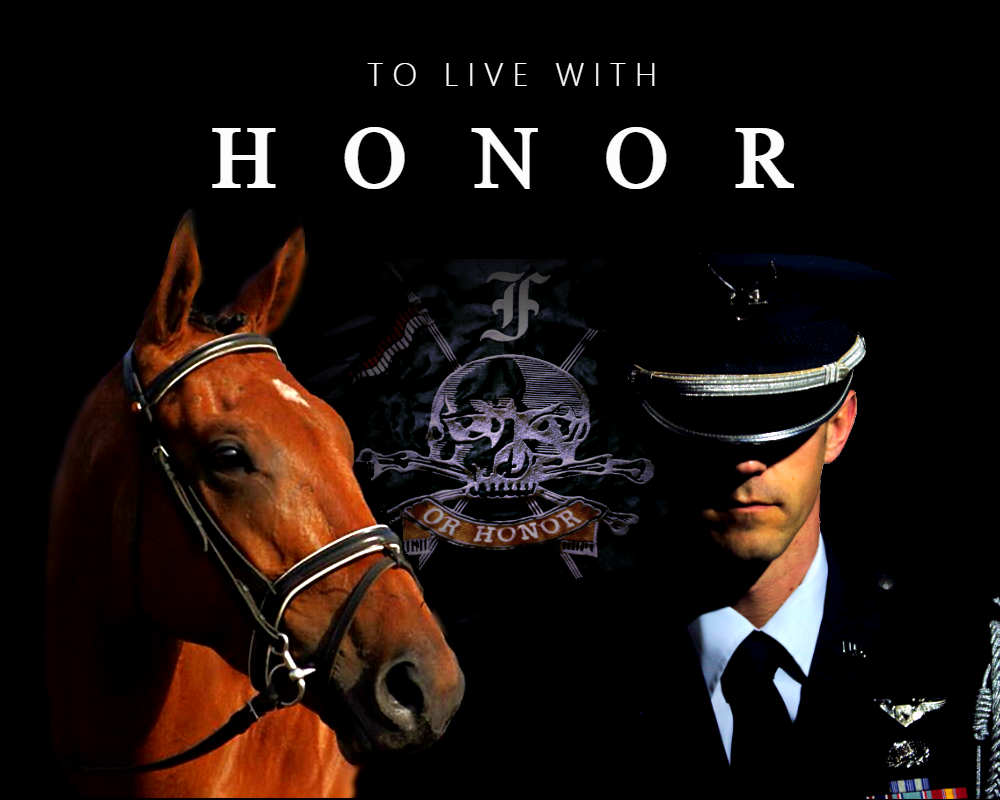 The Thoroughbred yearling, abandoned and left for slaughter, came with only one thing: a name printed on wrinkled paper--"Honor." Filthy and frothing with contempt, the colt sprints laps around the paddock and cartwheels through fences. As untamed as he is angry, Honor refused to stop running from whatever invisible demons chased him.
When a man with ghosts of his own gives Honor a chance, Honor still refuses to stop running. Except this time, for his name-sake, it's toward a finish line.

Tim Finley was an Honor Guard, a folder of flags. For a Guardsman, honor comes with death. But when honor and death become indistinguishable, Finley's idea of honor rots into haunting ghosts. Finley must face his own mortality and rewrite his understanding of what honor means, or else lose the battle against himself.
When fate drags Finley to a wretched livestock auction, his ghosts compel him to bid on horse number 5752, a horse by chance, who comes with nothing but a name.

"Tim's words immediately jumped off the page and punched me in the face. I sat in my chair for a good 15 minutes after reading the first chapter, stunned. So compelling."
— John Wilkinson
Managing Editor, Horse Nation

You can sign up for updates on the publishing progress of Tim's book here:
http://tolivewithhonor.com/sign-up/

Posted by Endurance.Net at 9:17 AM