Behind the Lens: Get to Know Endurance Ride Photographer Bill Gore 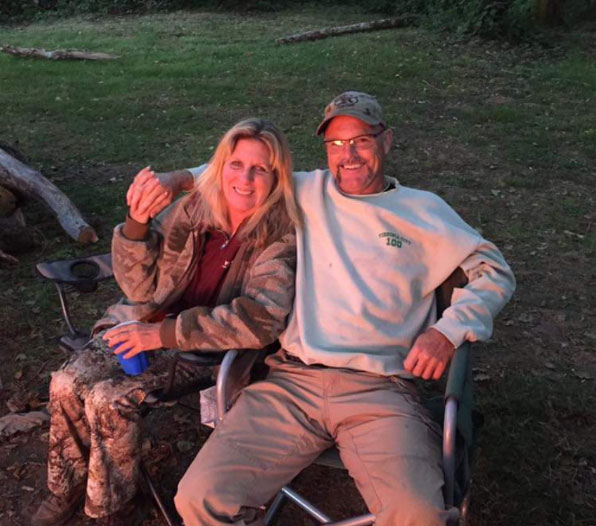 My "Behind the Lens" series, featuring members of the Endurance Ride Photographers Guild (ERPG), showcases the West region's Bill Gore.

Most of you probably know him best for shooting Cougar Rock with his team at the Tevis Cup. For over two decades, Bill Gore has been behind the lens recording your endurance ride memories, starting with, in fact, the Tevis Cup. There's a good story behind that, of course, that Bill will tell you here.

Where do you live?
Auburn, Ca

What is your profession?
Fuel Transfer Engineer (Truck Driver)

Do you have horses? Do you ride?
I currently have 4-year-old mustang mare. Last endurance ride was Tevis 2004. Usually rent a horse when I go hunting.

How did you first get into photography?
Around my freshman year in high school I received my first camera (Pentax ME, which I still have). I used to carry that camera most everywhere but didn’t have a specific subject to shoot. It wasn’t until 1997 that I got into shooting endurance.

What equipment do you normally shoot with?
I shoot Nikon. First decent camera I got (at least that was how I looked at it at that time) was a Nikon N90 kit camera. So when I went to upgrade the body I already had Nikon glass, so I stuck with Nikon. I currently shoot a Nikon D5 with a 28-300 lens.

Travel to rides can be a challenge. And stressful. Figuring that if you get up by 1:00 am and out the door by 1:45 am you should be able to get to the ride, park and hike in before the riders get to your spot. But once on the road you realize you need coffee, gas, snack and somewhere along the drive nature calls all cutting into your precious time. Once at the ride you park, grab all your gear (Hopefully) and hustle to your spot. Get there and put up your signs, check settings on camera, check trail to look for any fresh tracks. Then you can hear the front runners heading your way.

What are one or two of your favorite ride shooting stories/adventures/misadventures?
It is very difficult to pick a favorite story from a ride as there are so many.

From the simple; while shooting you notice that there is something just not right about the rider approaching only to realize they only have one stirrup attached to the saddle and the other is in their hand. But having seen the photographer sign they tried to ride past me to get their photo. They didn’t have anything to fix the issue. I pulled the shoe laces from my shoes and was able to patch together a quick fix and she was able to make that last until the next vet check.

To a more emotional story, which seems to happen a couple times a ride while shooting Tevis. When I get to watch a rider approach Cougar Rock with a look of focus, determination and a little fear. And when they make it over Cougar Rock I can hear them sobbing while they praise their horse saying, “We did it.” I always feel honored to be there to memorialize that moment for them.

Any other pertinent info you’d like to share with us?
When I first started shooting Tevis I met Kate Riordan. That progressed into me helping out showing film crews different locations along the trail. Which led to a very cool experience of being able to go up in the helicopter with a film crew.

All of my helping out/ volunteering for Tevis ended up rewarding me when I received a call from Melinda Hughes. She told me that she had contacted Kate and explained to Kate that she was giving up shooting Cougar Rock. (Which had to do with their photographer falling off CR and getting life flighted out the previous year.) Melinda said she wanted to hand over the reins of Official Cougar Rock Photographer and wanted suggestions for a photographer from Kate. Kate gave Melinda my name and I will always be extremely grateful to Kate for that.

As a side note, the first year I was to shoot Cougar Rock the ride didn’t even go over CR. That was the year they started in Auburn and finished in Auburn.


This is one of Bill's favorite shots, taken at Swinging Bridge on the Tevis Trail. 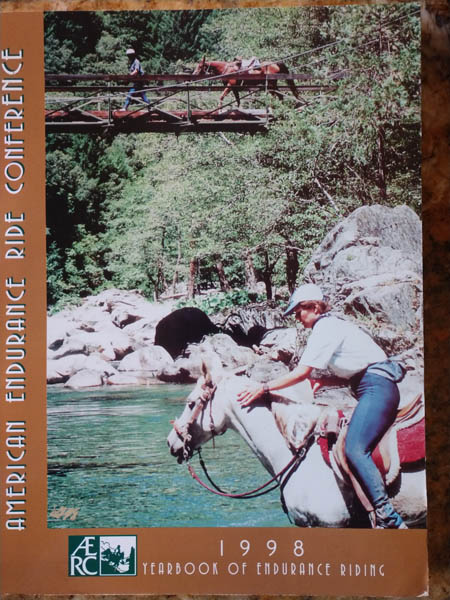 Bill explains: The photo is a shot of the cover for the Endurance News yearbook 1998. After I picked up the yearbook from the post office in Auburn I ran into Doyle Patrick just outside. As I recall, Doyle was the Executive Director of Endurance News. (I could be mistaken on the title.) While we were talking, Charlie Barieau [early eminent endurance photographer] walked over to us, showed Doyle the yearbook and said, "This is what an endurance ride photo should look like." That was a nice compliment coming from someone I considered a mentor to my endurance photography.

**Top photo is Bill and Diana Hiiesalu, who often shoots with Bill on rides. And, thanks to photography, they are engaged!
___

Behind the Lens: Becky Pearman profile is here:
http://tracks.endurance.net/2020/02/behind-lens-get-to-know-endurance-ride.html

Behind the Lens: Dave Honan profile is here:
http://tracks.endurance.net/2020/03/behind-lens-get-to-know-endurance-ride.html

Behind the Lens: Linda Sherrill profile is here:
http://tracks.endurance.net/2020/03/behind-lens-get-to-know-endurance-ride_16.html

Behind the Lens: Steve Bradley profile is here:
http://tracks.endurance.net/2020/04/behind-lens-get-to-know-endurance-ride.html

Posted by Endurance.Net at 9:19 AM