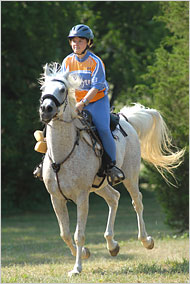 SAN FRANCISCO, July 26 — On the Web, anyone can be a mapmaker.

With the help of simple tools introduced by Internet companies recently, millions of people are trying their hand at cartography, drawing on digital maps and annotating them with text, images, sound and videos.

In the process, they are reshaping the world of mapmaking and collectively creating a new kind of atlas that is likely to be both richer and messier than any other.

They are also turning the Web into a medium where maps will play a more central role in how information is organized and found.

Already there are maps of biodiesel fueling stations in New England, yarn stores in Illinois and hydrofoils around the world. Many maps depict current events, including the detours around a collapsed Bay Area freeway and the path of two whales that swam up the Sacramento River delta in May.

James Lamb of Federal Way, Wash., created an online map to illustrate the spread of graffiti in his town and asked other residents to contribute to it. “Any time you can take data and represent it visually, you can start to recognize patterns and see where you need to put resources,” said Mr. Lamb, whose map now pinpoints, often with photographs, nearly 100 sites that have been vandalized.

Increasingly, people will be able to point their favorite mapping service to a specific location and discover many layers of information about it: its hotels and watering holes, its crime statistics and school rankings, its weather and environmental conditions, the recent news events and the history that have shaped it. A good portion of this information is being contributed by ordinary Web users.

In aggregate, these maps are similar to Wikipedia, the online encyclopedia, in that they reflect the collective knowledge of millions of contributors.

“What is happening is the creation of this extremely detailed map of the world that is being created by all the people in the world,” said John V. Hanke, director of Google Maps and Google Earth. “The end result is that there will be a much richer description of the earth.”

This fast-growing GeoWeb, as industry insiders call it, is in part a byproduct of the Internet search wars involving Google, Microsoft, Yahoo and others. In the race to popularize their map services — and dominate the potentially lucrative market for local advertising on maps — these companies have created the tools that are allowing people with minimal technical skills to do what only professional mapmakers were able to do before.

“It is a revolution,” said Matthew H. Edney, director of the History of Cartography Project at the University of Wisconsin in Madison. “Now with all sorts of really very accessible, very straightforward tools, anybody can make maps. They can select data, they can add data, they can communicate it with others. It truly has moved the power of map production into a completely new arena.”

Online maps have provided driving directions and helped Web users find businesses for years. But the Web mapping revolution began in earnest two years ago, when leading Internet companies first allowed programmers to merge their maps with data from outside sources to make “mash-ups.” Since then, for example, more than 50,000 programmers have used Google Maps to create mash-ups for things like apartment rentals in San Francisco and the paths of airplanes in flight.

Yet that is nothing compared with the boom that is now under way. In April, Google unveiled a service called My Maps that makes it easy for users to create customized maps. Since then, users of the service have created more than four million maps of everything from where to find good cheap food in New York to summer festivals in Europe.

More than a million maps have been created with a service from Microsoft called Collections, and 40,000 with tools from Platial, a technology start-up. MotionBased, a Web site owned by Garmin, the navigation device maker, lets users upload data they record on the move with a Global Positioning System receiver. It has amassed more than 1.3 million maps of hikes, runs, mountain bike rides and other adventures.

On the Flickr photo-sharing service owned by Yahoo, users have “geotagged” more than 25 million pictures, providing location data that allows them to be viewed on a map or through 3-D visualization software like Google Earth.

The maps sketched by this new generation of cartographers range from the useful to the fanciful and from the simple to the elaborate. Their accuracy, as with much that is on the Web, cannot be taken for granted.

“Some people are potentially going to do really stupid things with these tools,” said Donald Cooke, chief scientist at Tele Atlas North America, a leading supplier of digital street maps. “But you can also go hiking with your G.P.S. unit, and you can create a more accurate depiction of a trail than on a U.S.G.S. map,” Mr. Cooke said, referring to the United States Geological Survey.

April Johnson, a Web developer from Nashville, has used a G.P.S. device to create dozens of maps, including many of endurance horse races — typically 25-to-50-mile treks through rural trails or parks.

“You can’t buy these maps, because no one has made them,” Ms. Johnson said.
Posted by Steph Teeter at 10:24 PM