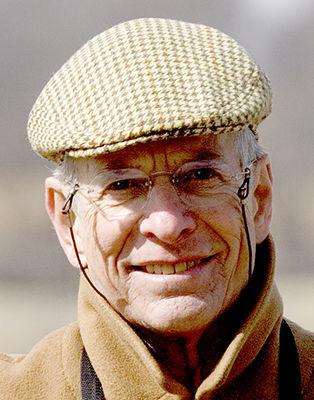 The son of author, prominent horseman, and National Sporting Library founder Alexander Mackay-Smith and his wife, Joan Higginson Mackay-Smith, Matthew Mackay-Smith was born on September 15, 1932 in Washington, DC. He attended the Stuyvesant School in Warrenton VA, then St. Paul’s School in Concord, NH, from which he graduated in 1949. He went on to Harvard University, where he earned his bachelor of arts in 1953. He received his degree in veterinary medicine from the University of Georgia in 1958, and went on to earn a master’s degree in orthopedics and epidemiology from the University of Pennsylvania in 1960. He was the first large animal intern at the UPenn School of Veterinary Medicine, where he taught for seven years.

In 1967 he founded the Delaware Equine Center in Glasgow, Delaware with partners Lawrence Cushing and Daniel Marks. The practice later moved to Cochranville, Pennsylvania. With Marks, Dr. Mackay-Smith pioneered a host of surgical and diagnostic procedures that remain standard in the field, including the now universally-used “tie back” procedure for the common equine respiratory disorder laryngeal hemiplegia. Drs. Marks and Mackay-Smith were also the first to use a rigid endoscope to film the workings of the equine larynx, a major breakthrough in diagnostics. Mackay-Smith was an institution on country roads, motoring between his clients’ barns in a battered BMW on which he put 500,000 miles, driving it to such a state of exhaustion that his mechanic refused to let him use it anymore, “lest a front wheel part company with the axle,” wrote Mackay-Smith’s wife, Winkie.

Between 1961 and 2001, Dr. Mackay-Smith was the author/co-author of twenty-two professional papers and lectured widely on a host of equine veterinary subjects. He joined the American Association of Equine Practitioners in 1961 and served on the organization’s Ethics, Racetrack, Education, Prepurchase, and Farrier Liaison committees.

In 1977, while maintaining his medical practice, he became Medical Editor for the newly founded EQUUS magazine. A born wordsmith who had adapted to a childhood stutter by amassing a massive vocabulary to give him alternate words to use when stuck on one, he was lauded as a superb editor and mentor to many writers. His impeccable veterinary expertise helped establish the magazine as a perennially award-winning, indispensable guide for owners, trainers, and riders. He often said that while his clinical veterinary career was “dedicated to saving one horse at a time,” at EQUUS he embraced the opportunity to educate a wide range of horsemen about equine disease and management so that they could improve not only many horses’ lives, but provide better outcomes for veterinary treatment. He retired from veterinary practice in 2001, and from EQUUS in 2007.

An avid foxhunter from the age of 8, Dr. Mackay-Smith hunted principally with Virginia’s Blue Ridge and Pennsylvania’s Cheshire hounds for seventy-two years, interspersing his local rides with hunting excursions to England and Scotland. His passion for competitive endurance riding began in 1964, when he entered the Western States Trail Ride, popularly known as the Tevis Cup, a single-day 100-mile event known as the grand-daddy of endurance races. Riding a borrowed horse, he placed fifth, a remarkable result for an intensely grueling event in which nearly half of the 53 competitors failed to finish. In 1995 he became the first rider to win both the Old Dominion 100 (VA) and the Tevis Cup 100 (CA) on the same horse in the same year, just six weeks apart. In an endurance riding career that spanned more than three decades, he introduced a host of innovations to protect the welfare of the equine competitors, changes embraced by the American Endurance Ride Conference, for which he was a board member and onetime president, and the International Federation for Equestrian Sports...