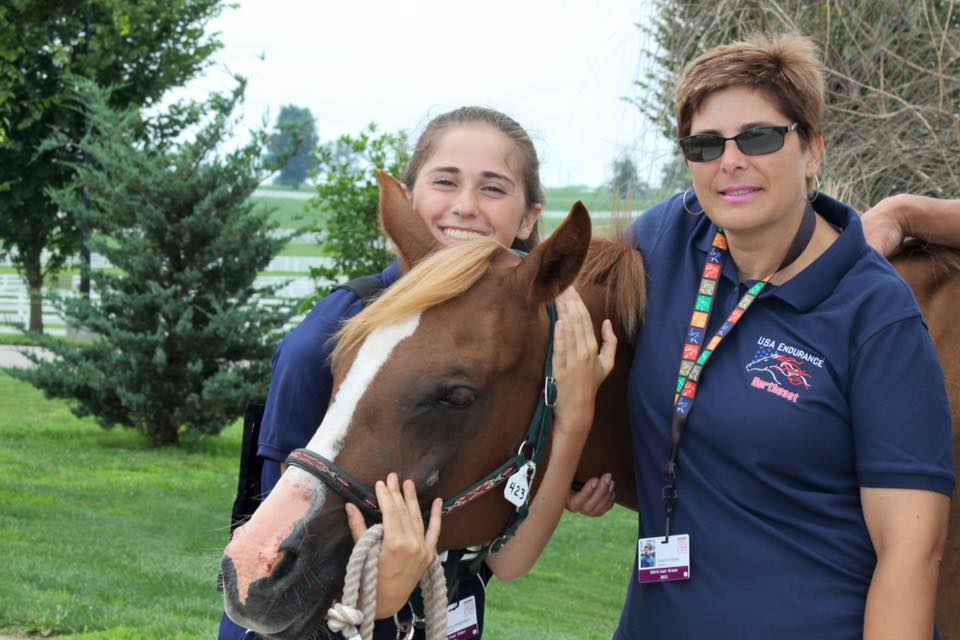 One such athlete is 19 year-old Hannah Weightman from New Jersey and is currently a freshman at Stockton University majoring in business. Her career plan is to enter the business side of the equestrian world.

When Hanna was eight years old, her parents signed her up for summer pony camp. She spent six years riding at a local eventing barn before being introduced to Hugh and Holly MacDonald, also of Shamong. The MacDonald’s offered Hanna a young Morgan gelding named Gomez to train.

“While riding at Holly’s I was introduced to trail riding and started to compete in competitive trail rides,” Hanna recalls. “During the time I spent at Holly’s I have learned so much about horse care, hard work, and responsibility. My work with Gomez has built my confidence on the ground and in the saddle.”

Hugh and Holly also introduced Hanna to Meg Sleeper of Frenchtown, New Jersey, who is an international Endurance competitor, and veterinary cardiologist at the University of Florida. “I thought it was the coolest thing that I was riding one of her horses in 2014, I really look up to her as a rider, vet, and friend,” Hanna says.

Hanna’s first FEI ride was the Greenway Getaway in Dunnellon, Florida. She rode the 50 on Meg’s horse Syrocco Rabia (Rabi). She completed a 50-mile ride the day before on Syrocco Harmony (Harmon) as well. Of her 11 FEI rides, she completed nine of them, and was first in six of them. She’s competed throughout the East Coast, in Kentucky, and Ontario, Canada...

Posted by Endurance.Net at 8:53 AM