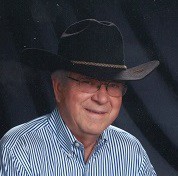 Owen “Jake” Jacobs died suddenly at his home in Wild River Ranches (in Evanston) on Friday, June 29. He was born May 20, 1947, in Baker City, Oregon, the son of Clarence LeRoy Jacobs and Mildred Helen Burnett Jacobs.

Jake’s early years were spent on the family ranch in Oregon. He enlisted in the Navy in 1967, and he was honorably discharged in 1970. During his naval career, he was stationed in Anchorage, Alaska, and at Miramar Naval Station in southern California. While at Miramar, he was an air traffic controller.

While living in Evanston, Jake was very active in the community and Catholic church. He was a volunteer at YAHA and received the volunteer of the year award. He was also one of the people instrumental in organizing the re-enactment of the Great Endurance Horse Race from Evanston to Denver in the early 1990s. Jake eventually moved to Denver, where he went to work for Encana until his retirement in June of 2013...

Posted by Endurance.Net at 8:00 AM