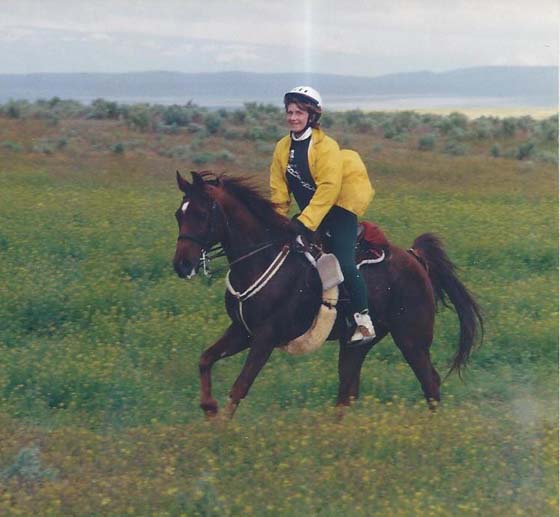 Twenty-six years ago last month, a little red horse came into my life, and today his life ended.  He took me to some incredible places I never would have gone, and he changed my life forever.

Ambers Thorn competed in endurance every year between 1987 and 2000, racking up over 7200 AERC miles. Most of his finishes were in the top 10, and he competed in 2 FEI rides and several 5-day rides.  He competed in 8 western states and Canada. His last endurance ride was at Bandit Springs in 2000.

I bought him from my friend, Andrea Day in 1986.  I first learned about him from a notice inside the door of an outhouse at a ride in Vale, Oregon.  He was a bargain at $200. 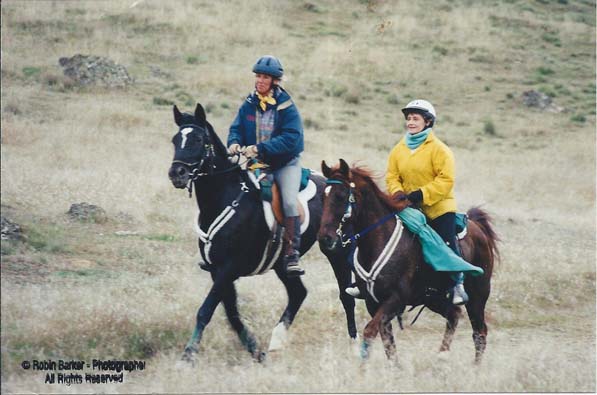 Thorn was a tough and determined competitor throughout his career.  He taught me alot of things, and he taught me more about equine veterinary medicine than I ever wanted to know.  He survived a torn check ligament, 2 annular ligament surgeries, a severe case of anterior enteritis, and a life-threatening nephrosplenic entrapment, among other things.  Like a cat, Thorn seemed to have 9 lives and he recovered from most of his brushes with death, stronger than ever.

Thorn enjoyed his retirement in Owyhee County, spending most of the time with his old buddy, Simon.  The last 6 weeks or so were rough on us.  About every week or so, he fell, and it was increasingly difficult for him to get up.  Until today, he was fine after he got up. Today, once up, he tottered over and fell again. 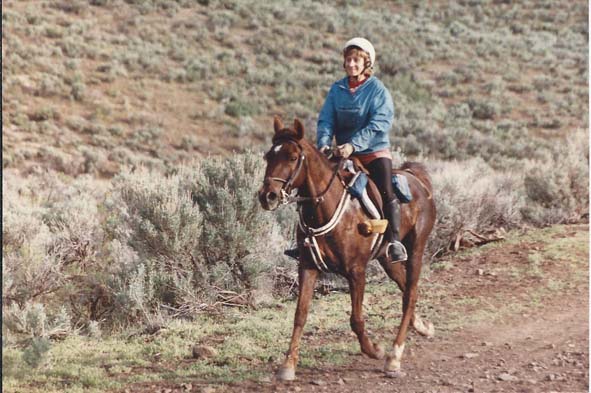 I had known he might not make it through the winter and almost put him down before I left on a 10-day trip last month.  I asked him to give me a sign, and he trotted in for breakfast and galloped in for dinner, so I decided it wasn’t time.  But I had my neighbor dig a grave for him anyway.  Fortunately, Thorn waited for me and had no problems in the 10 days while Skyla Stewart was house-sitting for me.  I got home Wednesday and was able to enjoy his company for a few more days.

This morning, when she heard about Thorn being down, Kris Troxel came to my place just before Idaho Equine veterinarian Pete Knox arrived.. It was great that Kris and Pete were the ones here. Thorn managed to muster the energy to get up one last time and allowed us to lead/push him to within a few feet of his grave. Once Thorn was gone, Pete used my tractor to take Thorn the rest of the way, and Kris and Pete lowered him into the grave. I am so grateful for their help.

I will miss him more than anyone can imagine. 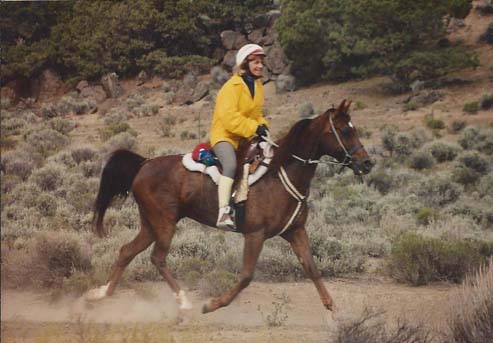 Posted by Endurance.Net at 9:29 AM

Dear Karen; My eyes well up and my heart is heavy for you and your loss.
~Beverly G