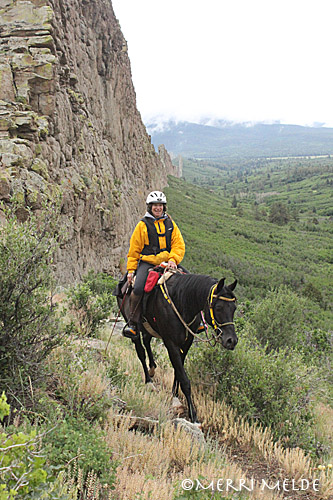 This high Colorado mesa outside of La Veta, Colorado, has been in Tennessee Lane’s family for 25 years. She’d been dreaming of putting on an endurance ride and sharing the beauty of this country with riders, but with all the endurance rides she went to and competed in herself, she never had time.

“Until I busted my knee in 2015. Then I had time to design and develop trails, and talk to land owners, who graciously allowed me to use their private land.”

And so in 2016 was born SoCo Endurance, Ridecamp at 8000’ (you’re not going to find many higher base camps!), and trails from 7000-9000 feet below and on the flanks of the twin Spanish Peaks in southern Colorado near La Veta.

All the 130 miles of trails are on private property, and thanks to the Lanes and the generous landowners, endurance riders get to experience things a normal person can’t, that are “keynotes” of this ride. “The ‘keynotes’ of the Spanish Peaks/Wahatoya trail system are Boone Point, Little Kansas (the fairy village), The Big Wall crossing, the Cucharas River, the Ridgeline climb (hill of death), the PistolWhip descent, WildCat canyon, Long Canyon, the Wahatoya Valley and creek…and more,” Tenney said. You can guess how some of these got their names! 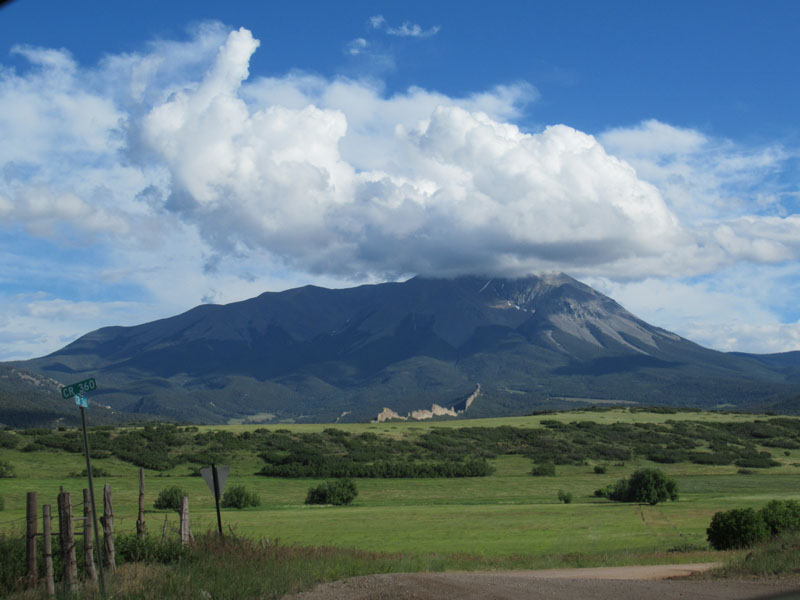 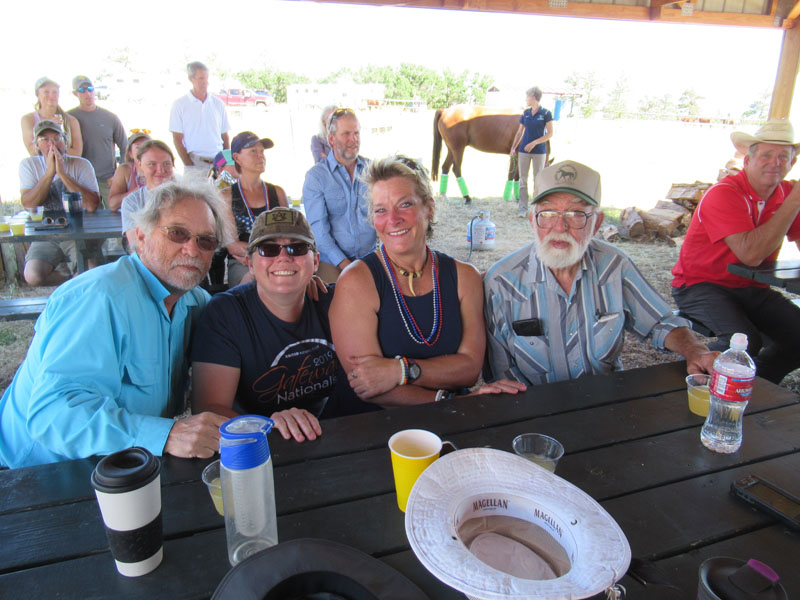 A super group of volunteers and officials make this ride possible: veterinarians Carter Hounsel (from Texas), Gail Conway (from Texas, who also brought 2 horses and got to ride several days), and local Miranda Andress; Cody (the voice of SoCo), the radio guys, and a whole host of family and friends and new friends, and endurance riding crews and not-riding riders.

This is wild country: you might see deer, elk, antelope, bear (a couple of riders saw bears, including a mama and 2 cubs), cougars (I am sure I heard one while out shooting photos one day).

The weather can be wild: it was brown and dry last year, but this year it ran the full gamut of heat, cold, sun, clouds, thick fog, heavy rain and thunderstorms, sometimes all in one day. Chest-high grass carpeted the entire area, which was great for horse gut sounds.

With the cancellation of the 5-day Fort Stanton ride in New Mexico, riders came from Texas, New Mexico and Oklahoma, and from as far away as Virginia, South Carolina, Georgia. In endurance days of old, riders would bring one horse for all 5 (or 7) days, but most riders now bring multiple horses.

Day 1’s 25 was won by local Linda Browneller; Debbie Ediger finished second on Jeelee Montana RA; that made 6 days of LD’s this week on her lovely mare.

Day 1’s 50 was won by a race-off with Oklahoma’s Gunnar Frank just nipping local Sami Browneller by a head, with Gunnar’s horse getting Best Condition.

Friday evening as the ride meeting started, a heavy fog blew in fast followed by rain, rain and more rain, which would make for some new boggy spots and a flew slick areas for Saturday’s rides. 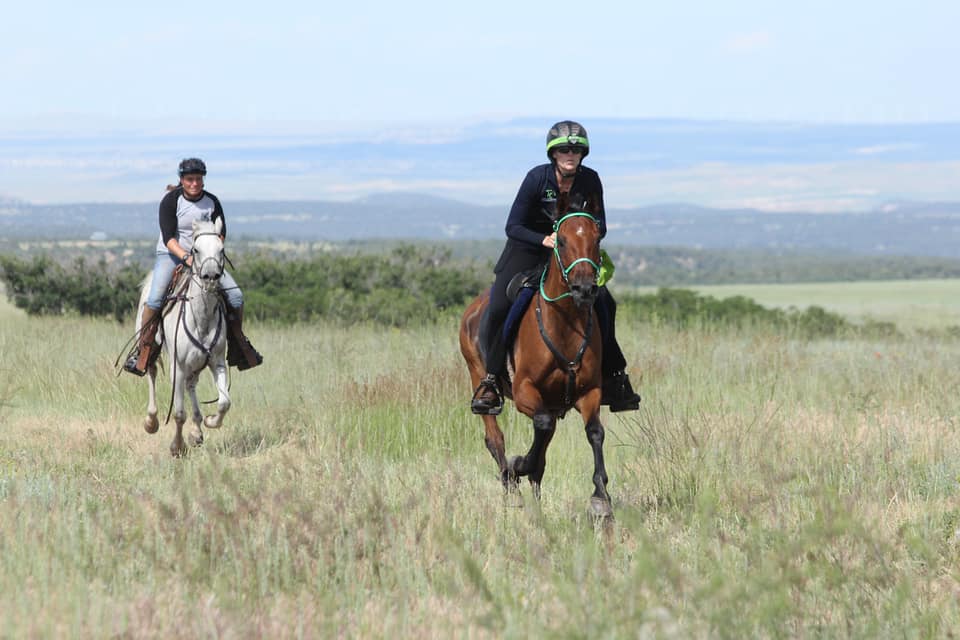 Despite that, the 100-miler was a fast one (Tennessee moved some of the hard mountain loops to ‘easier’ loops where riders could move out more). High Lonesome Arabian’s Erin Lemmons and Tuscarora John from Texas and local Sami Browneller and Kaytwo raced for the finish, with Erin and TJ winning by a couple of lengths. Christoph Schork and GE VA Blizzard of Oz cantered in third over the line, and Ozzie won the Best Condition award. Young Rider Taylor Fisher and Kenlyn Kourvy won the 75 miler. 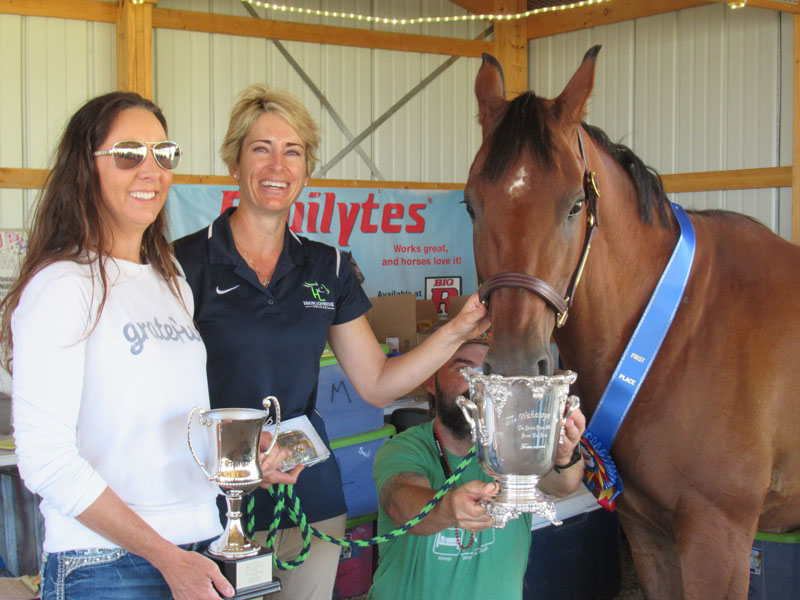 And meanwhile, back in Ridecamp…..

There was Wednesday evening’s Whole Hog Hootenanny with a pig roast and live music.

A new tradition was started at this year’s event/s: the epic puzzle, which gobs of people worked diligently on during the 5-day ride, and which got blown over on the ground Thursday night, and which was picked back up, and *almost* got finished by Sunday’s ceremonies. The challenge and the beauty of the trails and the unique atmosphere all make this a very special endurance ride, where many new riders became friends, and many old friends became family, which is a big part of SoCo Endurance.

More photos, and stories to come at:
http://www.endurance.net/international/USA/2021WahatoyaCup/

Posted by Endurance.Net at 2:55 PM