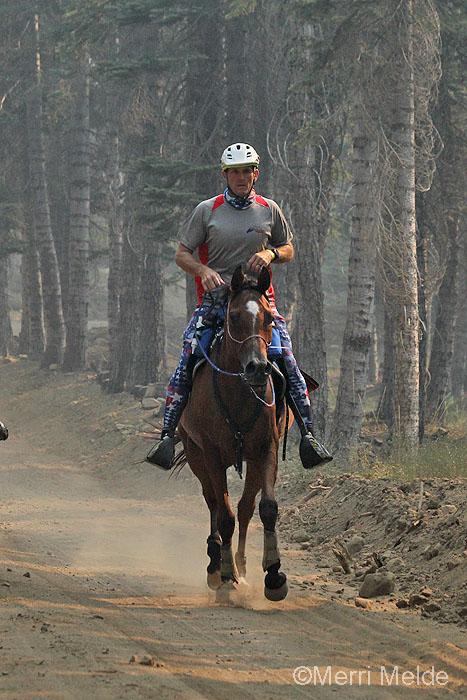 Jeremy Reynolds and Treasured Moments finished first in the August 24th Tevis Cup. Riding at the front of the pack of 133 riders, the two enjoyed a comfortable margin of victory at the end, finishing the 100 miles in 14 hours 48 minutes.

Second place was a nail-biter, as 3 riders popped up trail out of the dark 1 hour and 10 minutes later, with Christoph Schork and VA Blizzard of Oz nipping Vicki Holzer and SW Majestica, with Susan Kramer and A Ali Aseel another length back in fourth.

Suzanne Ford Huff and S D Expressa had been running up front with Jeremy leaving the Foresthill vet check, but they dropped back to finish fifth.

Treasured Moments is an 11-year-old mare by DA Adios X Hidden Treasure, by RD Five Star, who received her 4th Tevis Buckle (her first buckle was a 3rd place and Haggin cup with Jeremy). Eight weeks previously she’d been in Italy where she and Jeremy won the 100-mile Italian Championship. 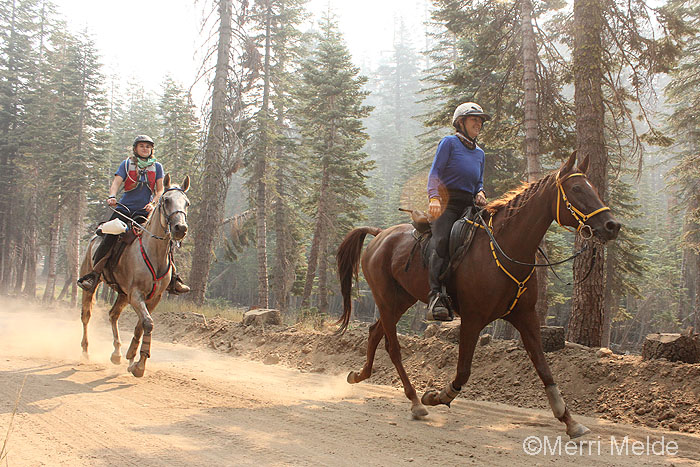 Jeanette Mero received her 4th Tevis buckle and Lena received her second. The mare has completed all but 2 of her 34 starts and she’s earned 7 Best Condition awards, including the 2019 National Championship 100 in California.

63 riders finished out of 133 starters for a completion rate of 47%, which is more or less average for the Tevis Cup.

Posted by Endurance.Net at 9:45 AM