More Than the Finish Line 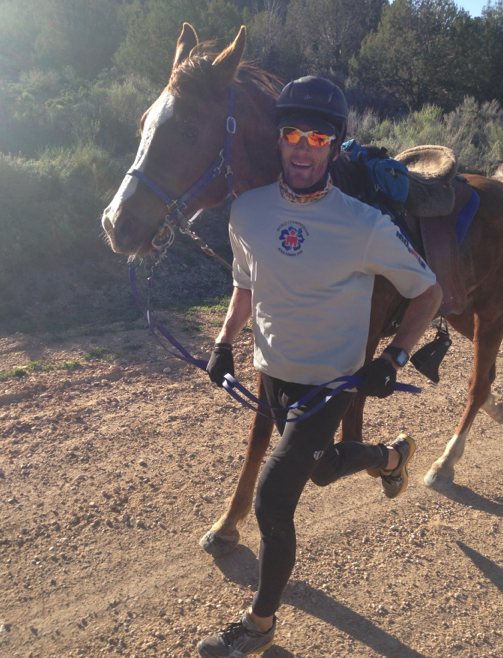 Ten years ago I made a conscious decision to live my life outside of my comfort zone. I had held in my grasp for a fleeting few seconds the feeling that I could do the things I thought were impossible, and it was intoxicating. It was the start of a lifelong adventure which has taken me to the jungles of Papua New Guinea, the sand dunes of the Moroccan Sahara, the remote outback of Australia, up and over the unforgiving hills of the Comrades marathon in South Africa, over staggering altitudes in the Rockies, swimming 6 miles in the ocean off Hawaii and now riding five back to back 50 mile days on horse back in Utah.

Over the years as I pushed and explored the boundaries of my comfort zone, or discomfort zone as I came to know it, I developed a philosophy I called More Than The Finish Line, which effectively focused on my journey, allowing me to live outside of my comfort zone but in a way that made sense of the set backs and managed my expectations. It allowed me to let go of finish lines and showed me the value and the joy of the journey. When I look back 15 years I could never have imagined that I would be where I am now, a South Africa born, naturalized Australia, living in the Coloradan Rockies on a property, with horses and dogs, and plenty of local wildlife, riding the trails on horseback and working for a not for profit that encourages kids to get off the couch and outside.

On our wedding day in October 1999, I weighed a hefty 253 lbs, all of which I attributed to my Rugby Union playing background, and the requirement to stop a charging athlete dead in his tracks. Over the past 15 years I have spent all of my energy and focus on trying to become as efficient as possible over long distance. Being a bigger framed athlete (6.3ft) I have always found that longer, harder and tougher has tended to suit me, by bringing everyone back to a level playing field.

Over the years I have competed at the highest level in Ironman Triathlon, run a multi-day race across the Moroccan Sahara desert and run competitively at the half-marathon, marathon, 50 mile and 100 mile distances. In 2010 I was fortunate enough to cross the finish line first at the Ultraman World Championships in Hawaii, a 3-day endurance triathlon, and decided that I had spent a long career in triathlon, and that it was time to pursue something different. At the time I was working for a global engineering firm in Australia, while studying to be a coach and personal trainer. To walk the talk I needed to follow my passions in life and get out from behind a desk.

In 2011 my focus became on gaining qualification status for the Badwater Ultramarathon in Death Valley...